Here are some of our favorite new items that have just been added to Overdrive for digital checkout: 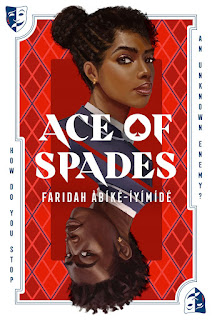 Ace of Spades by Faridah Abike-Iyimide: Devon and Chiamaka have everything anyone could ever ask for. They're the ultra-smart students at an elite private school where they are have just been made Prefects and are each top contenders for valedictorian. But just as they start to think their Senior year couldn't be more perfect, a mysterious person using the name "Aces" starts sending out mass texts, revealing Devon and Chiamaka's darkest secrets, and threatening to completely destroy everything they've worked for. 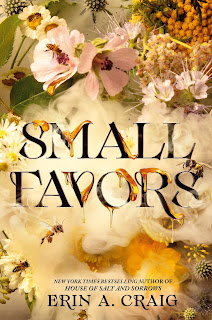 Small Favors by Erin A. Craig: Ellerie lives in a small town, tucked in between several mountains where nothing much ever happens... or at least, nothing happens since the time long ago when her ancestors fought off the demons that used to live in the woods surrounding the village. But one harsh winter, strange things begin to happen. Alone, lacking supplies, and desperate, Ellerie and her village might have to face the possibility that the demons might be back... with a vengeance. 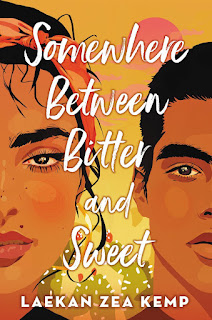 Somewhere Between Bitter and Sweet by Laekan Zea Kemp: Despite the objections of her strict, traditional Mexican-American parents, Penelope has dreams of becoming an entrepreneur and someday opening up her own bakery near her dad's restaurant. Xander is the cute new boy who works at said restaurant, who is trying to build a relationship with his grandfather while searching for his long-lost father. Both Penelope and Zander have secrets, though, and when those start to get out, their futures and the future of their budding romance might be in serious trouble.

We welcome your respectful and on-topic comments and questions in this limited public forum. To find out more, please see Appropriate Use When Posting Content. Community-contributed content represents the views of the user, not those of Yuma Library